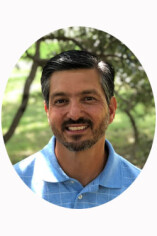 Hexon J. Maldonado holds a Master of Divinity  degree in Biblical and Theological Studies from Southern Baptist Theological Seminary (2004) and a BA in Religion from the University of Mary Hardin-Baylor (2001).  He has ministered in Kentucky, South Dakota, and Ontario, Canada.  He and his wife, Terri, and their four children reside in central Texas.
​
​(254) 433-8780
Office Hours
Mon-Thur 8:00 am-5:00 pm
For additional sermons visit www.sermonaudio.com
You may also read his blog at www.hjmaldonado.com

I was raised by a single mother in a Roman Catholic home in the rough neighborhood of East Los Angeles where I started engaging in illegal activity by age nine.  When I was 11 years old, my older brother shared the gospel with me and led me to Christ.  I walked with Christ for two years, attending Wednesday and Friday night Bible studies, attending church services twice on Sunday, and even getting involved in youth group.

The summer before my 8th grade year I wandered away from the faith and made a serious mess of my life.  By age 18, I had dropped out of school, lived in several different homes, and was on the road to “nowhere” fast.  At this point the Lord began speaking to my heart and convicting me of my prodigal living.  It didn’t take long before I realized it is impossible to “kick against the pricks” (Acts 26:14).  I recommitted my life to Christ, finished high school, married my high school sweetheart (my current bride), and joined the U.S. Army.

I spent the next four years in the Army, finally ending up at Fort Hood, Texas. It was there, while serving in my church as youth minister, deacon, and adult Sunday school teacher, I felt God’s call to pastoral ministry.  The Lord instilled in me a yearning desire to help others fully know God in all his glory.  Consequently, after being Honorably Discharged from the Army, I earned my Associate degree in General Studies from Central Texas College in Killeen, Texas, and then my BA in Religion, with a History minor, from the University of Mary Hardin-Baylor in Belton.

From there it was off to seminary in Toronto, Canada, at Toronto Baptist Seminary.  After spending a year studying and ministering as a youth minister in wonderful Toronto, I transferred to Southern Baptist Theological Seminary in Louisville, Kentucky, in order to have the opportunity to study under men like Dr. R. Albert Mohler, Dr. Peter Gentry, and Dr. Thom Schreiner.  After two years of study, and two years of ministering as the Adult Singles Minister at my church, I graduated with a Master of Divinity degree in Biblical and Theological Studies.

Upon graduating from seminary, I spent a year in Texas ministering as an Evangelism Outreach Coordinator in a small church before accepting my first pastorate at a Southern Baptist church in South Dakota.  It was there that I was ordained a minister.  After six years in South Dakota, the Lord brought us back to the state we love most—TEXAS.

After ministering in central Texas for a short time as a small group Bible study leader in a small church, the Lord opened an opportunity for me to help launch a church plant in Belton.  Hence, Tapestry Community Church was born!  We have been greatly blessed to be a part of this body of believers and are excited to see what God has in store! 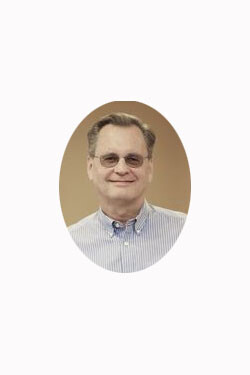 Loren Benson holds a Juris Doctorate from the South Texas College of Law (Houston, TX) and BS in Criminal Justice and Political Science. He has served as an Elder, on Missions Teams, taught in Sunday school and Small Groups in various churches in Texas and Colorado. He and his wife also spent two years doing Kingdom work in China. He and his wife, Cindy, have three children and five grandchildren and reside in Temple, TX.

I was born into a home where my parents talked about God, read the Bible and devotionals to us around the dinner table and regularly took us to church. Although I heard about God and his love for me early on, I did not really understand what sin was, the consequences of sin and why I needed a relationship with God through Christ.

God brought me to faith through His Word, the Holy Spirit’s conviction, my 4th grade Sunday school teacher and my mother. After a lesson on what the Scriptures say about heaven and hell I was troubled over the next several days and wanted assurance that I would go to heaven when I died. After talking with my mother about my thoughts I prayed to God confessing that I was a sinner and that I believed Jesus had died for my sins. I believe that God, at that moment, caused me by faith to pass from spiritual death to eternal life – from the kingdom of darkness to the kingdom of light. I was subsequently baptized a few years later.

For quite some time after my conversion my spiritual growth was inconsistent and often my attitude toward spiritual things was sadly ambivalent. I was not discipled and really did not seek out discipleship; so, I remained spiritually immature in my faith for a long time mostly going to church to gain approval from my parents and to hang out with friends.

It was during my first year in law school when I was far from home, lonely and coping with the stress of law studies, that God stirred in me a desire to get serious about my faith. In addition, I met my wife Cindy during this timeframe and God used her as a significant spiritual encouragement. We were married in 1982 and have, for the bulk of 35 years of marriage, served God together in various roles (Children’s Sunday school, Young Marrieds class, pre-marriage counseling, missions trips, missions committees, etc.). I also served as an elder for 3 years at a church of about 250 families in Englewood, CO.

In May of 2013, I retired from the oil and gas industry after 32 years of working for Getty Oil, Texaco and Chevron. Shortly after retirement Cindy and I joined an international organization that provided training as to how to serve God’s kingdom in various parts of the world. By September 2013 we sold our house, stored our possessions and moved to China for 2 years. God taught us a considerable amount about trusting him while serving cross-culturally in an environment that was so different (language, food, living conditions, customs, etc.) than American culture.

Upon returning from China we purchased a house in Temple, TX in order to be close to family. Shortly after moving to Temple we visited Tapestry Community Church where we felt right at home from the start. I am eager to see what God has planned for Tapestry Church family in the years to come. Truly I pray that that the people of Tapestry will live for the glory of Christ that the world may see in us the hope for a satisfied life.

"God's Gift To The Church"