The Theology of Preaching 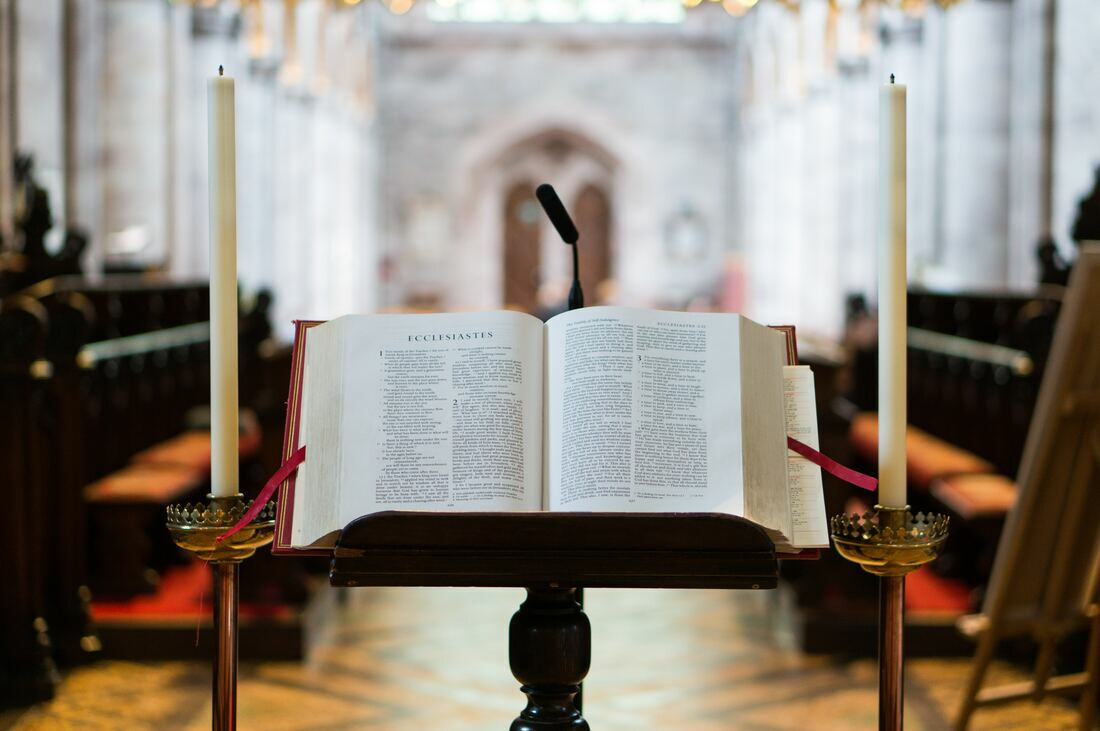 What is preaching?  What does it mean to preach a sermon and is there a difference between preaching and teaching?  We all recognize there must be some difference because when a Sunday school teacher or Bible study leader opens the Bible and delivers a message, we say that he or she “taught a Bible lesson.”  When a politician delivers a message, we say he or she “gave a speech.”  But when a minister stands behind the pulpit and exposits God’s Word, we understand him to be doing something different.  Why is that?  And what exactly is so different? ​

Recently I was listening to an interview with Dr. Thomas Schreiner, professor of New Testament theology at Southern Baptist Theological Seminary, and former preaching pastor at Clifton Baptist Church in Louisville, Kentucky.  He was asked the question as to whether he considered himself more of a teacher or more of a preacher, and does he see a difference?  His response was that he sees himself as more of a teacher, probably because of the nature of his job as professor of New Testament theology.  He also admitted that he does see a difference between preaching and teaching in that “preaching is more exhortation, while teaching tends to be more explanation.  Those who are good at both tend to be better preachers.”[i]  That is, those who are really gifted preachers are those who excel at explaining the text of Scripture in a way that is understandable to the average congregant and excels in being able to exhort and inspire their listeners.  While I could not agree with Dr. Schreiner more, is that the only difference?  Is it really just a matter of being a talented motivational speaker and a gifted explanatory teacher?  Is there no spiritual dimension to the faithful expository preaching and teaching of God’s Word by ordained ministers within the church?

In the Old Testament God spoke authoritatively to his people by means of the prophets.  God revealed his Word to his prophets, and the prophets were in turn to faithfully convey God’s word to the people.  Hence, God says to Moses, “You shall speak to him [Aaron] and put the words in his mouth, and I will be with your mouth and with his mouth and will teach you both what to do.  He shall speak for you to the people, and he shall be your mouth, and you shall be as God to him” (Exod. 4:15-16 ESV).  God would place his words in Moses’ mouth and Moses was to faithfully place God’s word in Aaron’s mouth.  So long as Moses and all the prophets faithfully conveyed God’s word to the people, they were to be listened to and followed.  To not do so would result in serious consequences as King Saul tragically discovered when he did not listen to Samuel (1 Sam 15:1-31).

Eventually God tells the people through Moses that he will someday “raise up for you a prophet like me [Moses] from among you, from your brothers—it is to him you shall listen—just as you desired of the LORD your God at Horeb on the day of the assembly, when you said, ‘Let me not hear again the voice of the LORD my God or see this great fire any more, lest I die.’  And the LORD said to me, ‘They are right in what they have spoken.  I will raise up for them a prophet like you from among their brothers. And I will put my words in his mouth, and he shall speak to them all that I command him.  And whoever will not listen to my words that he shall speak in my name, I myself will require it of him” (Deut. 18:15-19 ESV).  Thus, God says that when this prophet like Moses comes, whoever will not listen to him, God “will require it of him.”

Fast-forward 1500 years, and on the Mount of Transfiguration with Peter, James, and John, a voice speaks from the cloud which envelopes them saying, “This is my beloved Son, with whom I am well pleased; listen to him” (Matt. 17:5 ESV).  Listen to him the voice says.  Jesus is the one like Moses in whom God will place his words in his mouth and through whom God will command his people, and that those who do not listen to him, God “will require it of him.”  Yet as significant as that event was, Peter will later write concerning that event: “For we did not follow cleverly devised tales when we made known to you the power and coming of our Lord Jesus Christ, but we were eyewitnesses of His majesty.  For when He received honor and glory from God the Father, such an utterance as this was made to Him by the Majestic Glory, ‘This is My beloved Son with whom I am well-pleased’—and we ourselves heard this utterance made from heaven when we were with Him on the holy mountain.  And so we have the prophetic word made more sure…”  This is amazing because Peter says we have something “more sure”—more certain—than the voice of God speaking to them on the Mount of Transfiguration.  What could possibly be “more sure” than that?  He goes on to say “to which you do well to pay attention as to a lamp shining in a dark place, until the day dawns and the morning star arises in your hearts.  But know this first of all, that no prophecy of Scripture is a matter of one's own interpretation, for no prophecy was ever made by an act of human will, but men moved by the Holy Spirit spoke from God” (2 Pet. 1:16-21 NASB).  Peter is here arguing that Holy Scripture is even more certain than hearing the voice of God on the Mount of Transfiguration.  This truth is what would lead Paul to write to Timothy that “all Scripture is breathed out by God”--theopneustos—the very breath of God (2 Tim. 3:16 ESV).  Holy Scripture is not just a record of what God has spoken--scripture is God speaking.

“But as God did not entrust the ancient folk to angels but raised up teachers from the earth truly to perform the angelic office, so also today it is his will to teach us through human means.  As he was of old not content with the law alone, but added priests as interpreters from whose lips the people might ask its true meaning, so today he not only desires us to be attentive to its reading but also appoints instructors to help us by their effort.  This is doubly useful.  On the one hand, he provokes our obedience by a very good test when we hear his ministers speaking just as if he himself spoke.  On the other hand, he also provides for our weakness in that he prefers to address us in human fashion through interpreters in order to draw us to himself, rather than to thunder at us and drive us away.”[ii]

The Importance of "Church Membership"